I’m still thinking about it … I mentioned it two weeks ago (It’s Personal)…. it’s still got a hold on my heart and spirit. I’ve mulled over it, studied it, repeated it to myself over and over, even talked to others about it. It is the heart of the Biblical Christmas story.

And the Word became flesh and dwelt among us… John 1:14 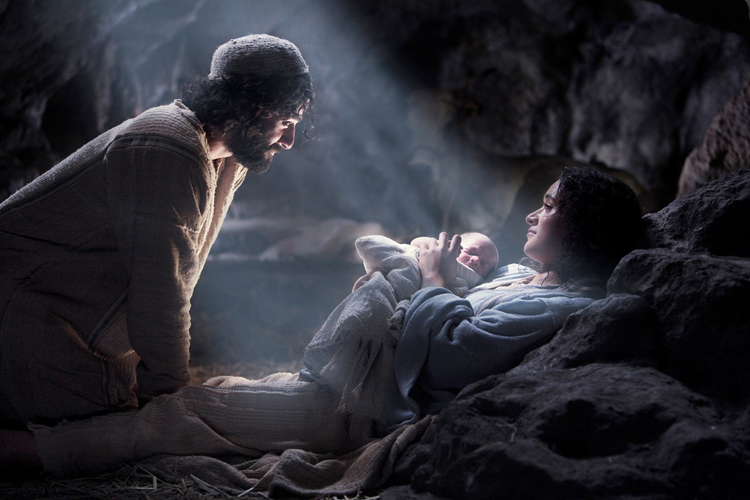 In the beginning was the Word, and the Word was with God,

and the Word WAS God.

He IS the Word. Everything that exists came to be by God’s spoken words. Way back at the beginning of the Bible, first book, first chapter, Genesis 1 explains everything we see and know was spoken into existence by God. He is THE Word. If it wasn’t for His words, there would be nothing, nada, void, no you, or me, or anything we call this world, or life.

If you know anyone else who can speak words bringing creations to life, we might pay attention to their words. But, since there has been no one else who could perform this miraculous happening, I think God’s Words are extremely important … ultimately eternally important!!

John tells us God the Word became flesh…. wait …. what?

The words God spoke did not just become an earth, or seas, or animals or sky, stars, galaxies … His words spoke humans into being! But, this is telling us so much more … since God is the Word, it’s saying God became flesh … a human.

There is so much to say and so many things these few words imply, I could never cover all of it here, let’s stay focused on Christmas …

Remember, in Luke 1:26-38, God sent the angel Gabriel to speak to Mary. God sent WORDS to her, to explain that baby Jesus was coming and she would be his earthly mother. God was making clear the plan for THE Word to become flesh. He was sending His son in human form.

He was now becoming flesh … Why?

This melts my heart; speechless!

He WANTED to be with us!

The word “dwelt” is the same word as  “tabernacle”. In the Old Testament, God instructed His people to build a tent/Tabernacle. It was the place where God met with them. It moved with them as they journeyed. Later, Solomon’s temple, built in Jerusalem, was built as a permanent structure when God’s people, the Jews, lived in Israel. But, the tabernacle traveled with them. They put it up when they made camp, took it down when they folded up tents to move on. God wanted to be with them wherever they were. They had a tent. He had a tent. He was always in their backyard!!

It wasn’t a palace on a hill. It was rough, primitive, pitched in camp right next to them. God wanted to be with them, near them, among them. Jesus, too, dwelt in human form among men. Not in a Prince’s palace, but in the backyard of humanity. Out among the people, so close they could hear His words with their own ears!

Jesus’ words were God’s words. His actions were God’s actions. How could we really know God, if we were never near him?

For thirty-three years, Jesus dwelt among the people of this world, to tell them how much God loved them. To show us God, in a form we could understand and listen to. God didn’t leave His words in the hands of prophets, preacher’s, angels or anyone!!! Although, He used them. When it came down to it, He wanted to make sure, you and I and every human that He ever created, would hear it directly from his own human lips how very much He loved us.

So, the Word became flesh and pitched a tent among us… 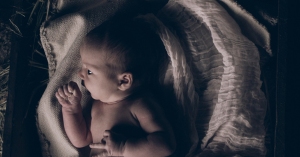 But the most effective and personal way to communicate is to be there yourself. And God did that through Jesus Christ, the Word.”

God wanted to be here Himself, so no one would misrepresent or speak for Him.

He wanted to be near us, in person!

He wanted to make sure we understand how much He loves us… so He sent His Words wrapped in flesh to live with us, show us, tell us!

I can hardly contain myself; rejoicing, celebrating Baby Jesus in a manger!

God loves me so much, He wanted to live on the same property, in my back yard, so I could know Him, see Him, meet with Him, hear His Words for myself!

Behold! I bring you tidings of Great Joy ….

The WORD became Flesh and Dwelt Among Us!!!